Yak herders near Everest Base Camp are used to seeing crazy foreigners parading around in strange climbing gear. But rarely had they seen something this bizarre – a trio of turtle-like figures with plastic shells on their backs, setting doggedly off from Everest Base Camp. As the herders watched, one of turtles fell over backwards and landed heavily on its ‘shell’, snapping the paddle attached to the back. An aluminium strip – taken from a backpack – and duct tape were used as a splint and the group plodded on.

They discovered that their first target, the East Rong River, was seriously unrunnable – it disappeared down a huge sinkhole in Rongbuk Glacier. So they opted instead to put in at a large lake, elevation 5,250m. ‘Paddling on the lake was quite intimidating,’ says expedition leader Chris Jones, ‘as seracs and boulders regularly fell into the water. The lake had quite a strong flow and we quickly found ourselves paddling short rapids through dirty grey ice and huge boulders.’ And here a peculiar kayaking obstacle emerged: the group was scared that the river might flow back under the ice – with no way out. So they had to paddle very, very carefully. The kayakers were also thankful they were wearing drysuits – the water was extremely cold, and falling in would have been a decidedly unnerving experience.

The trio of intrepid paddlers – Jones, Georgia LePlastrier and Justin Boocock – faced some hair-raising descents, with the river dropping through long boulder-strewn class V rapids (rapids are classed from I to VI, with the last involving ‘definite risk to life’). ‘Sometimes it was like riding a bobsled down a scree slope,’ says Jones. Despite that, the group eventually made it to Rongbuk Monastery, where they collapsed, exhausted.

‘The next day we paddled away from Rongbuk, with the entire community of monks and guesthouse staff watching from the banks,’ adds Jones. ‘The 20km below Rongbuk turned out to be wonderful, continuous class IV rapids with great views of Everest behind us. The river then eased up, but the gradient was so continuous we were clocking about 11kph. We paddled 60km that day and camped in an incredibly windy campsite.’

The day after, the trio covered around 60km, battling through a headwind to the village of Kharta on the east side of Everest, where the entire village crowded around their campsite. They were edging closer to the Nepalese border, and the Arun gorges, famous for their formidable canyons and unrunnable white water. Enough was enough. In three exhausting days, the group had completed a partial circuit of Everest by river. Their time on the water had been short but intense; a very satisfying exploratory foray, as Jones puts it.

Many of the subcontinent’s rivers – the Indus, Salween, Mekong, Yangtze, and Brahmaputra – have their sources in Tibet, rushing through deep gorges between towering snow-capped peaks.

The Everest of white water kayaking is the mighty Tsangpo Gorge – the deepest in the world. After the loss of two extreme kayakers, the river was written off as unrunnable. But, in 2002, seven of the world’s top kayakers launched into the wild water of the Upper Tsangpo – the most fearsome they said they had ever seen, with class V+ rapids, thundering past boiling eddies, great vertical drops, massive lateral waves and huge boulders. Alternatively paddling and portaging (carrying their boats) – and seal-launching from huge boulders – the team paddled about 90 per cent of the Upper Gorge, covering about 70km.

Just prior to his Everest foray, Jones led 12 world-class kayakers on the first descent of the Yigong Tsangpo, about two days’ drive northeast of Lhasa, encountering fearsome rapids up to class V. The team planned on a descent of 275km and had managed to paddle about 125km of it when they encountered a huge gorge. They asked local people about it, but were told that nobody really knew where it went and what sort of river conditions to expect. Without local knowledge or detailed maps, the team made the decision to retreat.

Jones and partner Sharyn Smith work for Wind Horse Adventure, the only rafting company in Tibet that offers regular trips from Lhasa. The company has run mountaineering, trekking and mountain-biking forays for many years and, when it decided to branch out into river-running, invited Jones and Smith to manage the operation. Clients range from first-time rafters to world-class kayakers on those making exploratory first descents. The company also employs three skilled Nepalese rafters and is training local Tibetans to take on roles on the water.

There are cultural taboos to overcome for Tibetan trainees, however. Fast-flowing rivers are normally regarded as places to avoid because they are associated with drowning, and there is hardly any tradition of pleasure boating, or of recreational swimming in the country, not least because the waters there are often extremely cold. Tibetans also do not fish – a taboo linked to their Buddhist beliefs – and the boatmen who ply traditional yak-skin coracles at river crossings are seen as belonging to a relatively low stratum of society. Language is also a problem for Tibetan trainees, with English proving hard to learn. Their Mandarin, however, is likely to be better and that bodes well for dealing with a growing number of Chinese customers. Not that this is always an easy job. Jones says he has encountered something of a macho culture among some Chinese paddlers, who, he adds, have been known to refuse to listen to mandatory safety instructions before getting into a raft and heading downstream.

Perhaps more damaging to Tibet’s nascent rafting and kayaking tourism could be China’s insatiable hunger for electricity. The country’s engineers have been eyeing Tibet’s pristine rivers for hydroelectric projects. At least a dozen large-scale plans are on the drawing board for Tibet. Jones warns that such dams have the potential to destroy rafting in the country almost before it has started. Michael Buckley is author of Tibet: The Bradt Travel Guide (Bradt, £13.99/$27), and Heartlands: Travels in the Tibetan World (Summerdale Travel, £7.99/$16).

This site uses Akismet to reduce spam. Learn how your comment data is processed. 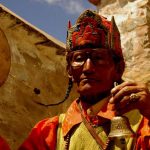 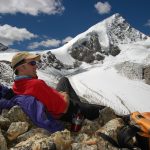 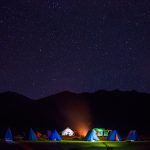 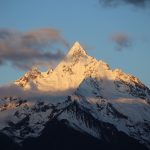 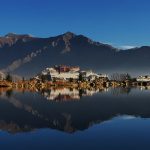